A quick, simple shortcut that travels back or forward in time based on text input 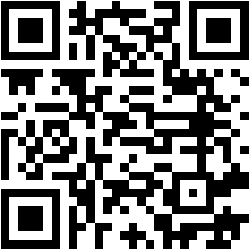 What is Time Travel?

Time Travel is a quick short that I created when I was thinking about what shortcuts can go well with the Apple Watch.

How does Time Travel work?

Like the Apple Watch feature that got removed in watchOS 5, when enabled, the clock would move front or back based on what you did with the Digital Crown.

However, this shortcut asks you to enter in an H.M.S (hour, minute, and second) format.

For instance, if you want to know what time it will be in about 2 hours and 22 minutes from now, you would enter in 2.22.0 when it asks you to enter in a number.

After you entered that in, it will automatically convert the “2” in hours, the “22” in minutes, and “0” is seconds, and will then ask you if you want to know the time back or forward from the current time.

Note: The message that is displayed at the moment will be fixed in a later update. I quickly put this shortcut together and made sure it was working before I put it out.

• You cannot automatically install a new update when it is available. Please install manually from RoutineHub.

• Updater so you won’t have to manually install it from RoutineHub.

• A possible system for each device (but not entirely sure yet.. I do not want the shortcut to be too big)

• Have a fancier UI.

Requires: iOS/iPadOS 14 or later and watchOS 7 or later

Disclaimer: You do not have to have an Apple Watch to use this shortcut. You can use this on the iPhone, iPad, and iPod Touch like the Apple Watch can.

Planned Features:
• Update system so you won’t have to install manually each time